Just who were Young and Jackson?

Established in 1861, Young & Jackson’s is one of Australia’s most recognisable hotels. It’s also home to ‘Chloe’.

The pub, named after two Irishmen, was built as the Prince’s Bridge Hotel in 1861 on part of an allotment originally purchased by John Batman.

The hotel was made famous by Henry Figsby Young and Thomas Joshua Jackson. Young and Jackson were cousins, born in Dublin, who as hoteliers partnered to host several Melbourne pubs.

Young was a pioneer of Melbourne, of gold-mining, and of the licensing trade, who had a passion for collecting art. He landed in Melbourne at the age of five, with his parents, aboard the sailing ship John Mitchell. He was said to have been the first to cross old Prince’s Bridge at the opening ceremony.

In 1861, at the age of 18, he joined his 27-year-old cousin Tom Jackson to seek their fortune on the Otago goldfields in New Zealand. That partnership would continue for more almost 40 years.

Young and Jackson returned to Melbourne with a competence that enabled them to kick start a career as hoteliers. Their first pub was the ‘Alsternwick’, on Brighton Road, Elwood, which is almost as famous for its enormous roof-advertising as the present day Young and Jackson Hotel, and continues to trade to this day (2019).

On New Year’s Day 1867, the Town Clerk of Melbourne, Edmond Fitzgibbon  rode to the front of Young and Jackson’s Alsternwick Hotel, and called for the waiter. When he never came, Fitzgibbon proceeded into the bar – on horse-back!

The Town Clerk was reportedly drunk, although he later denied that charge. He said the incident arose from his horse’s weakness for colonial ale, and that tired after a long ride,  his mount made its own way into the bar – with him still in the saddle!

Young and Jackson confronted the Town Clerk and angry words were exchanged, before a scuffle broke out, and Fitzgibbon, along with his horse, were escorted from the pub.

Fitzgibbon subsequently took out a warrant, on which Jackson was arrested for assault. Young was also summoned on the same charge. The case was ultimately dismissed in court after Young and Jackson cross summonsed Fitzgibbon.

After the Alsternwick Hotel, Henry Young gained the license of Sparrow’s Junction Hotel, St Kilda in 1869, before the pair established the ‘Corner Hotel’, opposite the post office, at St Kilda the same year.

Young continued as host of Sparrow’s Hotel before buying property at the corner of Flinders and Swanston Streets, Melbourne that would place him and Jackson firmly in the pages of history.

In partnership, Young and Jackson bought the Prince’s Bridge Hotel in 1875.

Henry Young became licensee, while Tom Jackson, although working at the hotel, was more of a silent partner. An old blue stone building, the Prince’s Bridge Hotel had opened on 1 July 1861.

The hotel was later extended in both directions, with adjacent buildings rendered and painted to match each other. Five separate buildings of two and three storeys were amalgamated, with an original 1853 blue stone building designed as a three-storey residence, with a butcher’s shop on the ground floor. Since the 1920s the exterior hotel has been dominated by large advertising signs.

The famous Young and Jackson partnership ended in 1901 with the death of Tom Jackson. He died, leaving a wife, Sarah, at his residence, “Eblana” Jolimont Road, Jolimont, aged 67.

Young continued as host of the Prince’s Bridge Hotel, which by this time was better known as “Young and Jackson”.

As an art collector, Young achieved a wide reputation, and his private collection of pictures and statues was considered to be some of the finest in the State. The interior decorations of his home, Normanhurst were regarded “by connoisseurs of art to rank among the most beautiful in the country”. His most famous artwork though was undoubtedly, ‘Chloe’, which continues to hang in the hotel to this day.

“I started collecting pictures and china 50 years ago, and my favourite picture still is Chloe,” Young was reported to have said shortly before his death in 1925.

Painted by French artist Jules Joseph Lefebvre in 1875, Chloe is an oil on canvas measuring a life size 260 x 139 cm. It was purchased for 850 guineas by Dr Thomas Fitzgerald of Lonsdale Street, Melbourne. After being hung in the National Gallery of Victoria for three weeks in 1883, it was withdrawn from exhibition because of the uproar created by wowsers and religious leaders.

Chloe was eventually bought for the Young and Jackson Hotel in 1908 for £800.

Young was said to have made his fortune in the brick trade. Starting as an investor, he eventually became chairman of the Brickmakers’ Association. He was also chairman of directors of the Abbotsford Brewery, which he was a founder.

At the age of 71, Henry Young, who had held the license of the Prince’s Bridge Hotel for a almost 40 years, retired from business. In 1914 he sold the hotel to S. J. Morell, licensee of the Orient Hotel in Bourke street.

Chloe continues to grace the walls of Young and Jackson Hotel.

Young & Jackson’s is famous for Chloe, of course, but
we’ve never managed to meet her… Smith’s Weekly 4 February 1939

SHE is a Melbourne icon, mascot for the HMAS Melbourne, an extremely fine work of art; she is an ingénue, a nymph, a celebrity. She is Chloe (pictured), the famous nude portrait which has graced the walls of the Young and Jackson Hotel since 1909.

Chloe now hangs in Chloe’s Bar, so you can enjoy a drink or a meal while you admire this true Australian icon.

MELBOURNE, Friday. – Traffic was stopped in Swanston Street to-day by a big crowd which gathered to watch the removal of “Chloe,” a painting valued at £3500, from Young and Jackson’s hotel. A customer apparently offended by the immodesty of the nude figure, hurled a glass of beer at the picture and damaged It. 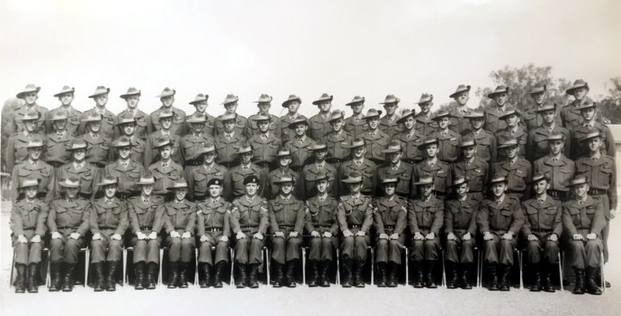