Jordan’s Australian Hotel, corner of Queen and Albert Streets, Brisbane. The pub traded in what is today the Queen Street Mall. ‘Bygone Brisbane and Vintage Queensland’ Facebook Group member, Kevin Murtgagh posted the following comments on the Australian Hotel: Fred Jordan’s Australian Hotel traded at the corner of Queen and Albert Street. “Over time (the hotel) has undergone various refurbs to the facades… It is almost unrecognisable except for the banded section of the parapet. You have mentioned earlier John Greaves ran the hotel built in 1867 by Thomas Hayes, its 1st licensee. It was here where Tatts held their 1st meeting in 1886 when John was mine host. Fred Jordan came later.”

Stanwell Park viaduct marks its centenary: A tribute in pictures 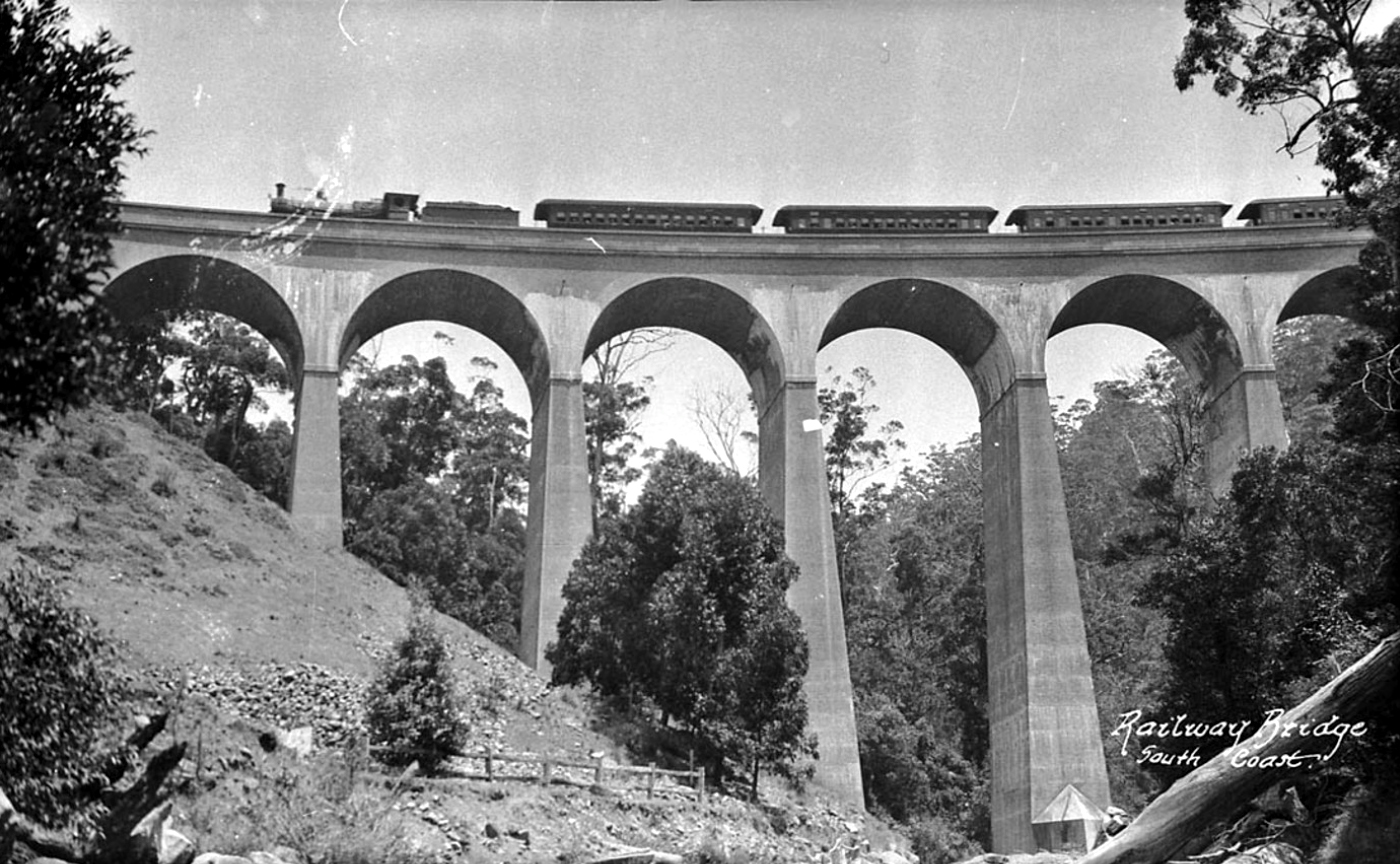 Passenger trains began travelling the magnificent engineering feat known as the Stanwell Park Viaduct in October 1920 when the rail deviation between Otford and Coalcliff was opened to traffic. The Hurstville Propeller reported on Friday 15 October 1920: OTFORD TUNNEL CLOSED. New Stanwell Park Station. At last the dreaded Otford Tunnel has been closed, and […]