The Latrobe Dredge in Port Melbourne 1898.

WILLIAM Morrow was employed by the Melbourne Harbour Trust to look after the Dredge Latrobe.

The 56-year-old single man lived on board the dredge.

One evening in June 1910 he went up into Yarraville to buy some groceries, bought them, and called at a number of pubs for a few drinks.

Then he disappeared… Until a few days later, when one of the buckets of his own dredge brought him on board from the Yarra River bed.

Morrow, who had been working aboard the dredge for two years, was believed to have tried to make his way back aboard the dredge after his pub visits, and tripped over some obstruction on the wharf. The Coroner returned a verdict of “found drowned”. 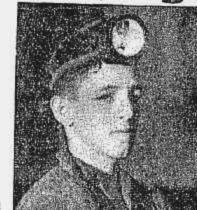