Home › NSW hotels › How Casino’s Charcoal Inn got its name

How Casino’s Charcoal Inn got its name

THERE’S a pub in the Northern Rivers region of NSW that has an intriguing sign.

The Charcoal Inn at Casino, about 30kms from Lismore, was built in the middle of last century. But like many Australian pubs, she’s been rebuilt from an earlier version. The current pub opened for business in 1955.

Originally known as the Lion Hotel, and later the South Casino Hotel, the story of how the Charcoal Inn got its name is interesting.

Matthew Dougherty owned the South Casino Hotel on October 28 1941 when a fire almost destroyed the old landmark. Matthew’s father, who died in 1939, had owned the pub before him for over 10 years.

The upper floor of the pub was destroyed by the blaze, but the beer continued to flow in the undamaged bar.

Local troops, who patronised the place, began referring to the pub as the Charcoal Inn. Dougherty liked the name, and it stuck.

On August 9, 1945, Doughty made an application to the Licensing Court to have the name changed officially from that of ‘The South Casino Hotel’ to ‘The Charcoal Inn’.

When the application came before the Licensing Magistrate (Mr. G. L. Berry) he reportedly was inclined to regard it as frivolous but, with a shrug of his shoulders, said: “Well, if that’s the name they want they may as well have it”.

He officially changed the sign in 1945, before the old place was completely demolished 10 years later and replaced with the current structure.

Would you like to make a small donation towards the publication of The Time Gents website? If you would like to support my work, you can leave a $2.50 donation here with your credit card, or you can increase the amount after clicking or tapping into the icon below. Your generous patronage of my work and research, however small it appears to you, will greatly help me with my continuing costs and research.

Like Loading...
‹ Pub has traded on the corner for 160 years: Covent Gardens Hotel, Haymarket
Over 45 pubs once serviced the thirsty gold mining town of Kalgoorlie › 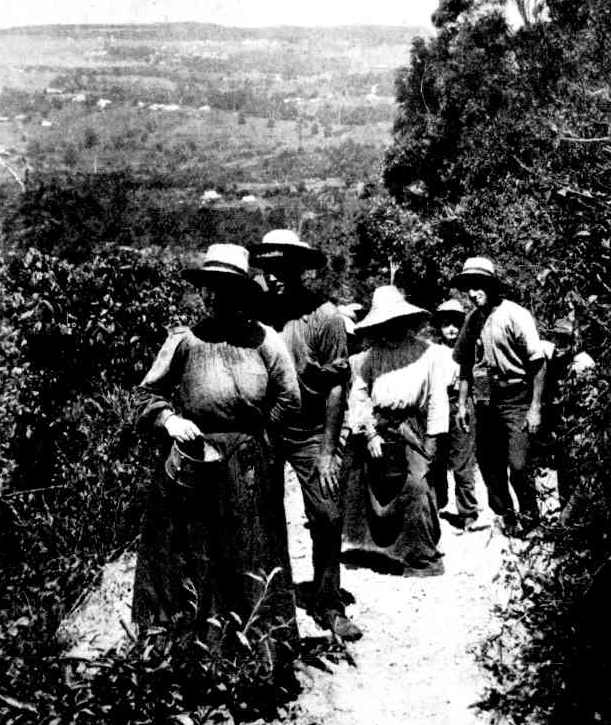 ARMED with kerosene tins, protective clothing and old sugar bags, hundreds would head for the Illawarra escarpment during the months of January and February early last century for the annual blackberry harvest. Blackberry vines had become a troublesome pest, smothering the escarpment foothills and valleys late in the 19th and early 20th centuries. Although a […]