Hen gets ‘clucky’ on beer

Here she is, Hilda, the beer-drinking hen: At Jack Ahem’s Hamilton Hotel [Brisbane, Qld] they’ve got hen which drinks beer — and cat which puts hen to bed when it gets ‘clucky’ on grog!

“Hilda the Hen’s” penchant for beer was discovered about two months ago, when U.S. sailor, put beer on ground on backyard and Hilda helped herself.

Since then, she’s seldom missed session and there’s often pot of beer put aside for her.

When she’s completed “guzzle” ginger cat pushes her round corner to nest, where she sleeps off! 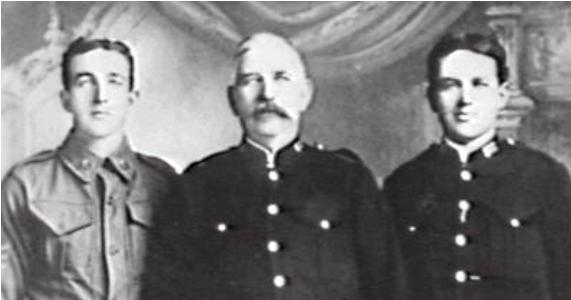 CORRIMAL’S first police officer was an Englishman, Jacob Willmott who as a younger man joined the Royal Marines and saw service on warships, before making his way to Australia where he would join the NSW Police Force in 1887. The later years of his naval career were spent with the H.M.S Miranda on the Australian […]