DURING the latter part of the 1940s, and early 1950s a popular article appeared on the front page of the Brisbane Telegraph by the name of “Old Bill’s Column”.

In nearly every issue there was a reference to a pub or publican, indicating that “Old Bill” was partial to a beer or two. Here are a few of Bill’s more interesting snippets from the column:

THIS story was told in a city hotel the other day by a Cairns visitor. When there was a bubonic plague scare many years ago at Cairns bonuses of six pence and three pence were paid for rats and mice respectively. Beer was then six pence a pot and three pence a glass and it was common practice to pass a rat over the counter for a pot. But things reached a climax (he said this with out batting an eyelid) when a chap tendered a rat for a glass of beer and the publican gave him a mouse change.
-19 October 1950

AFTER the late afternoon rush at a suburban hotel a full glass of beer was found on the bar floor. The publican picked it up and placed it beside the keg. Half an hour later he put a collar on it from the keg and served it to a customer in the lounge.
-12 August 1952

APPARENTLY Brisbane publicans are not going to allow counter lunches to get a foothold here as they have done in Sydney and Melbourne hotels. In the bar of a [Fortitude] Valley hotel is this notice: “Foodstuffs not to be eaten”. Customers hope they won’t place a ban on smoking, too.

LICENSEE of a suburban hotel has his own form of fire insurance. After guests have gone to sleep each night (he has only men boarders) he makes a round of the bedrooms and removes every, box of matches he can find. Next morning he returns the matches — but only if a guest asks for them, he has accumulated a healthy pile of unclaimed matches. One chap tried to outwit the publican by hiding his matches in his shoe. But they weren’t there when lie looked for them during the night.
-8 January 1953
.
ONE of the South Coast publicans had a 2 gallon keg made for himself for special occasions. He fills it with beer and takes it with him whenever he attends any big sporting fixture. He had it at the recent Rugby Union Test at the Exhibition and paid £1 for an extra seat on which to place the keg. He’ll probably take it to the Rugby League Test at the ‘Gabba’.
– 16 June 1954
TWO customers in a city hotel were complaining about the size of the collars [head] on the beer. The publican overheard them, butted in and said that if anyone gave him a beer without a collar he would regard it as a sign of disrespect. When the publican had finished his dissertation, one of the customers asked for “two beers with not too much respect”
– 15 February 1949
A TRAINEE walked into a suburban hotel and ordered two long beers. He drank one very quickly and then called the publican over and asked him to throw the other beer into the sink.“Isn’t the beer any good?” asked the publican. The trainee: “Yes, the beer is all right: but I was having a drink, with my cobber, who was killed in Korea.”

-27 May 1952
THREE well-known rum drinkers gathered at a Cunnamulla hotel and imbibed rum and milk until late into the night. The tired publican went to bed, leaving the three men two bottles of rum and a jug of milk. In the early hours of the morning the milk ran out. One of the three disappeared and returned a few minutes later with a nanny goat, which he tied to a veranda post. Whenever milk was wanted he went out and filled a glass. The owner of the goat is still looking for the person who milked her dry.

HAVE you heard the one about the drunk who staggered into the hotel and asked the publican to give him a drink? The publican refused. The drunk persisted in his request, but the publican was adamant. Finally the drunk, in desperation, yelled, “Are you going to give me a drink?” The publican (just as emphatic ally) : “No.” Then the drunk pulled out a matchbox, and muttered “You’ll be sorry.” He tapped the matchbox on the counter and out fell a white ant. Leaning over the termite, the drunk said “Go on, Charlie — wreck the joint.”
-26 January 1950
WHEN an Ipswich publican arrived home the other night there was a big black disc on the fence. Thinking the hotel had been declared black, the licensee removed the disc and hid it. Next morning a chap walked into the hotel and complained to the publican: “I don’t know what to make of the people around here. I placed a black disc on your fence yesterday afternoon and it had disappeared when I came back this morning to paint on the distance to the fire hydrant.”
-25 March 1948
ONE popular, publican in a North Queensland town has been charging 8d. on Sundays for 7½d. drinks. He has been putting the extra ½d. alternately in ambulance and Returned Soldiers’ Memorial Building Fund boxes. Official receipts for the proceeds are posted in the bar, and the locals appreciate the idea. Each fund benefited to the extent of £70 last year.
-9 February 1950
A GUEST at a city hotel was awakened at 1 a.m. the other day by a whimpering dog. He found the dog on the canopy top over the balcony and rescued it. Obtaining the address from the dog’s collar, the publican later sent a telegram to the owner at Corinda [12kms from Brisbane], who revealed that the dog had been missing four days. But the publican is puzzled. With all the hotel doors locked two hours before the dog was heard, he doesn’t know how the animal got on to the balcony awning.
-22 November 1948 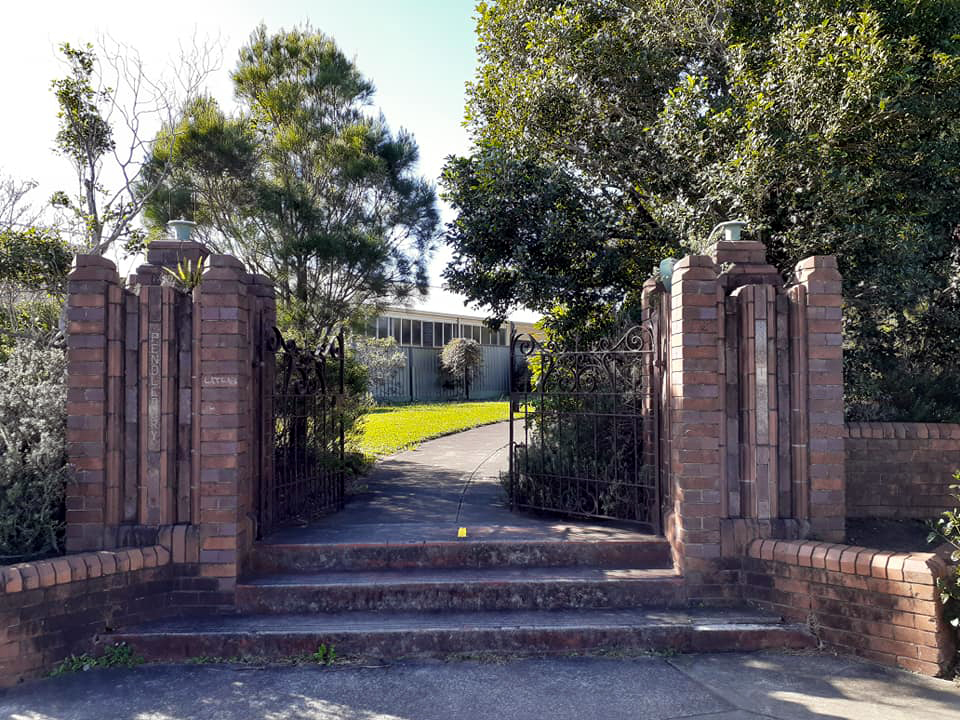